skip to main | skip to sidebar

Wondering whether those mulitvitamins actually do anything for you? There's been many discussions amongst clinicians, nutritionists, and athletes regarding the use of multivitamins and their benefits. My theory: if you cannot ingest them with healthy eating habits, then take the multivitamin.
Here's an excerpt from the American Journal of Clinical Nutrition that may offer you another way of thinking about multivitamins:

1. Multivitamins May Tap Fountain of Youth
Taking multivitamins might make your cells biologically younger, according to a study appearing in the American Journal of Clinical Nutrition.
The study compared the length of DNA sequences at the ends of chromosomes, called “telomeres,” of those who took multivitamins and those who did not. The length of the telomeres of those who took multivitamins was longer, which is thought to mean they were biologically younger than those of non-users.
The lifespan of cells is linked directly to telomeres, which act to limit the number of times a cell can divide. The telomeres ensure that cells keep their programmed arrangement and do not vary — any such variation can lead to cancer. Every time a cell replicates itself, the telomeres shorten, and once the telomeres are used up, the cell destroys itself.
Researchers from the National Institute of Environmental Health Sciences found that the telomeres of those who take multivitamins every day seem to be about 5 percent longer than those who do not.
As their database, the researchers used telomere and vitamin statistics of 586 participants in the Sister Study, which is a national, long-term tracking study of women ages 35-74 who have never had breast cancer but who have a biological sister with the disease.
“Regular multivitamin users tend to follow a healthy lifestyle and have a higher intake of micronutrients, which sometimes makes it difficult to interpret epidemiologic observations on multivitamin use," research leader Dr. Honglei Chen wrote in the study report. "Further investigations would be needed to understand the role of multivitamin use and telomere length and its implication in the etiology of chronic diseases.”
About 35 percent of all adults in the United States take multivitamins regularly, according to the American Journal of Clinical Nutrition.
Posted by Kaitz at 11:26 AM

Kaitz
Currently a Master Trainer and Owner of Kaitz Performance Training, specializing in high performance needs specific training and injury rehabilitation, as well as, General Partner in Real Estate Investment company with my buddy Eric, and maintain a private training business, which can be seen at www.Kaitztrainingsystems.com. Played football and rowed at Cal. Successfully coached rowing at UCSB, UCLA, Stanford, and Marin Rowing Association. With regional and national championships at those levels, the hardest coaching job so far is pop warner football! 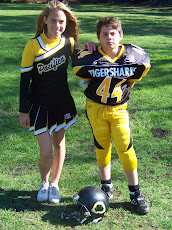 It's that time of year again! Yeah! 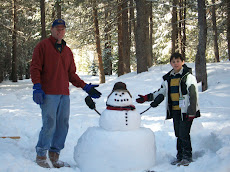 Chaz and I showing what happens when snowmen eat too much 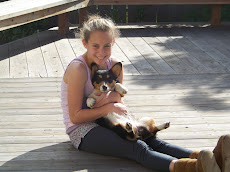